Cookie Settings
This site uses cookies to offer you an optimal website experience. These include cookies that are strictly necessary for the operation of the site and cookies that you must consent to the use of. Further information can be found below in the notes on the individual cookies and in detail in our data protection information.
Technical Cookies
These cookies are necessary to enable the basic functions of our website.
To secure our contact forms we use the captcha service MTCaptcha. This service complies with the basic data protection regulation.
Tracking Cookies
Google Analytics records your page views for anonymous statistical purposes. Your IP address is anonymized before transmission.
Settings saved

Click the shopping trolley icon to add items on your wish list that are available in the shop to your shopping basket.

You have no items in your shopping basket.

We will forward you to our online shop so you can order your items.

Operating instructions
Information on use

The Pöttinger Vitasem 302ADD combined rotary harrow and sowing machine is used in agriculture for soil tilling and excels at metering the seeds in a particularly swift and exact manner. Sowing with higher precision and achieving greater yields during the harvest is at the heart of this combined unit made by Pöttinger. The model made by BRUDER sports an attachment interface which makes it possible to use the combined rotary harrow and sowing machine with all tractors that are part of the product line. Allowing them to raise and lower the unit, the integrated hoisting mechanism lets the children accurately simulate the real-world transport and working position. The optional toy figures offered by BRUDER can climb onto the combined unit using the fold-down stairs in order to, for instance, open the seed tank. Work can begin as soon as the tank is filled, the combination is hitched up to the tractor and the outlet valve is open. Scores of details bring the visual effect of this toy to the fore, allowing the children to play in an even more realistic way. 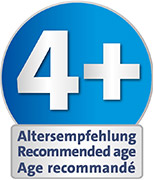 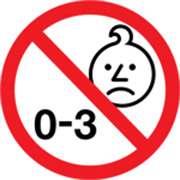 Go to product
Do you want to leave?
With clicking this link you are leaving our site and we take no responsibility for, and give no warranties, guarantees or representations in respect of linked sites.